← more from
Napalm Records
Get fresh music recommendations delivered to your inbox every Friday.

by Unleash The Archers 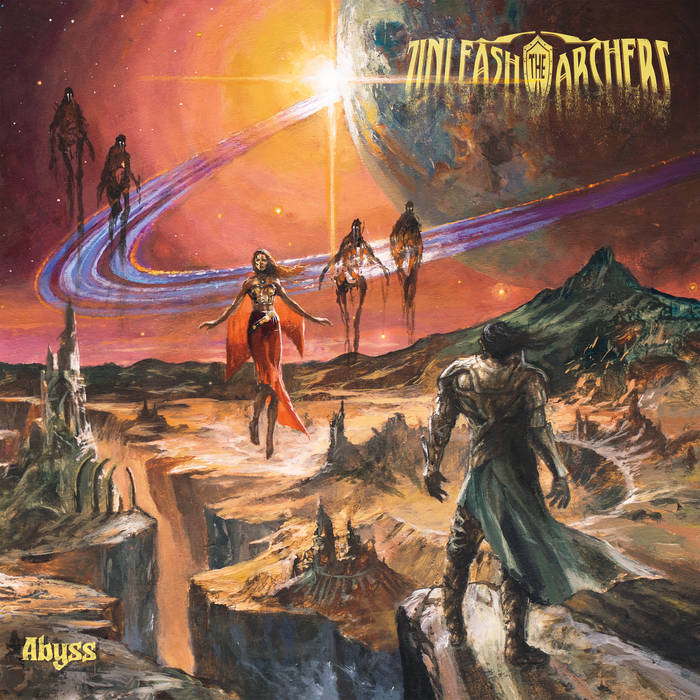 schrims This is a revolution of the band's sound. It's 2020, Sci-fi, Imaginations on the Other Side by Blind Guardian levels of amazing metal here. I can't emphasize more how incredible this is. Favorite track: Abyss.

Amalie Heerup What an absolutely fantastic, brilliant and solid story. Well done doesn't cut it, but I lack words.
Combined with Apex this is a masterpiece. Well-written and preformed!
I so hope the present and future will come to see this for the all-time classic it is. Favorite track: Carry the Flame.

BK Royal Orphan NY I’m VERY picky with Power Metal. So many power metal bands reading from the same playbook. But once in a while a band comes along that sends the same chill up my spine as when I first heard Helloween walls of Jericho for the 1st time. Unleash the Archers is one such band. The passion, the unique melodies, the hooks, the arrangements, and they’re not afraid to push the envelope. I’m very much looking forward to hearing more. Favorite track: Legacy.
more...

Less than a year after the release of their covers EP Explorers, Canadian melodic power metal quartet UNLEASH THE ARCHERS have sharpened their arrows and hit the bullseye once again with their fifth full-length album, Abyss. Featuring 10 new tracks, this adventure is a concept album and sequel to 2017’s Apex, and was once again recorded with legendary producer Jacob Hansen of Hansen Studios in Denmark. Abyss succeeds in showcasing the mind-blowing technical craftmanship of the young four-piece with the perfect mix of highly complex, catchy bangers and moody, synth-infused power ballads. Pairing traditional heavy sounds in the vein of Iron Maiden and Judas Priest with fast-paced power metal, the album is once again accented by frontwoman Brittney Slayes' raw four octave mezzo-soprano, shining both in powerful anthems like the outstanding title track “Abyss” as well as the fragile intro of the epic “The Wind That Shapes The Land”, and contrasted with guttural screams on the soaring “Return To Me” or the transcendent album closer “Afterlife". The quartet from Vancouver has forged their own niche in the world of metal and cemented it with memorable live shows all over the world, and now, a lucky 13 years after their inception, they've delivered their strongest album to date.

Bandcamp Daily  your guide to the world of Bandcamp

Little Brother joins the show to discuss their beautiful journey, plus tunes from Fat Tony